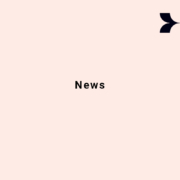 An Industrial Decarbonisation Champion to drive the UK’s delivery of Net Zero emissions has been appointed to develop plans for a new £20m Research and Innovation Centre at Edinburgh’s Heriot-Watt University.

Award-winning academic Professor Mercedes Maroto-Valer has been selected by funders UK Research and Innovation (UKRI) to lead the ambitious project. She will now develop plans for a unique new Industrial Decarbonisation Research and Innovation Centre (IDRIC), thought to be the world’s first, at the University’s campus in Edinburgh. She is currently Associate Principal (Global Sustainability) and Director of the Research Centre for Carbon Solutions (RCCS) at Heriot-Watt University.
Commenting on her appointment, she said: “Moving to a low-carbon future is one of the greatest challenges facing the world. I’m excited to be taking on this responsibility and I’m confident we can do this. We have to be successful.”

Many industrial areas of the UK remain heavily reliant on carbon fuels. The six largest industrial clusters by emissions are in Humberside, followed by South Wales, Grangemouth, Teesside, Merseyside and Southampton.

Prof Maroto-Valer will now work to transform these areas into world leading low-carbon manufacturing hubs which are expected to attract major inward investment.

She said: “My role is to place the UK at the forefront of the global shift to Clean Growth. I firmly believe we will be able to safeguard existing jobs and local economies whilst creating new opportunities for prosperity. We will jointly reduce costs, risks, timescales and emissions whilst considering economic and policy implications and institutional reforms. We aim to create the world’s first net-zero carbon industrial cluster by 2040 and at least one low-carbon cluster by 2030.”

Prof Maroto-Valer will lead a series of consultation events with industry, academia, policymakers and technical experts, starting in Edinburgh next month. She will present her decarbonisation proposal to UKRI for approval this August. The delivery phase is due to get underway in September and is backed by £20m funding until 2024. The initiative is part of the £170m Industrial Decarbonisation challenge, delivered through the Industrial Strategy Challenge Fund (ISCF) by UKRI.

This challenge aims to accelerate the cost-effective decarbonisation of industry by developing and deploying low-carbon technologies. It also aims to enable the deployment of infrastructure at scale by the mid-2020s.

Professor Maroto-Valer added: “This is an exciting time as in the next three decades we can expect radical changes as we transition away from traditional, carbon fuels into low-carbon infrastructures. We will be capturing and safely storing carbon dioxide emissions, we will also be using carbon dioxide as a resource to create new materials and sustainable fuels, and we will be using low-carbon fuels, such as hydrogen, bioenergy and clean electricity to power our industries.

In June 2019, the UK became the first major economy in the world to pass laws to end its contribution to global warming by 2050. The target — seen as one of the most ambitious in the world — was recommended by the Committee on Climate Change, the UK’s independent advisory body on building a low-carbon economy.

Science Minister Chris Skidmore said: “The UK is committed to slashing carbon emissions and tackling climate change, which is why we became the first major economy to legislate for net zero.

“The new centre delivers on our ambitions by bringing together leading experts to generate new ideas to accelerate the reduction of emissions across industrial sectors like manufacturing and automotive.”

“The Industrial Decarbonisation Research and Innovation Centre will play an important role in meeting the target, facilitating the collaboration that is needed to address challenges posed by decarbonisation.”

A champion appointed by UK Research and Innovation (UKRI) will develop plans for a new centre which will help to achieve the government’s net zero ambitions by addressing challenges to the decarbonisation of the industrial sector.

Professor Mercedes Maroto-Valer has been appointed as an “Industrial Decarbonisation Champion” to oversee the development of a £20m research and innovation centre at Edinburgh’s Heriot-Watt University that will drive the delivery of the UK’s net-zero emissions target.

UK Research and Innovation (UKRI), which is running the £170 Industrial Strategy Challenge fund to promote strategies to reduce emissions in industrial clusters, is funding Edinburgh’s Heriot-Watt University to develop plans for a new academic centre geared to industrial decarbonisation.

An Industrial Decarbonisation Champion has been appointed to develop plans for a new £20m Research and Innovation Centre at Edinburgh’s Heriot-Watt University to drive the UK’s delivery of Net Zero emissions.